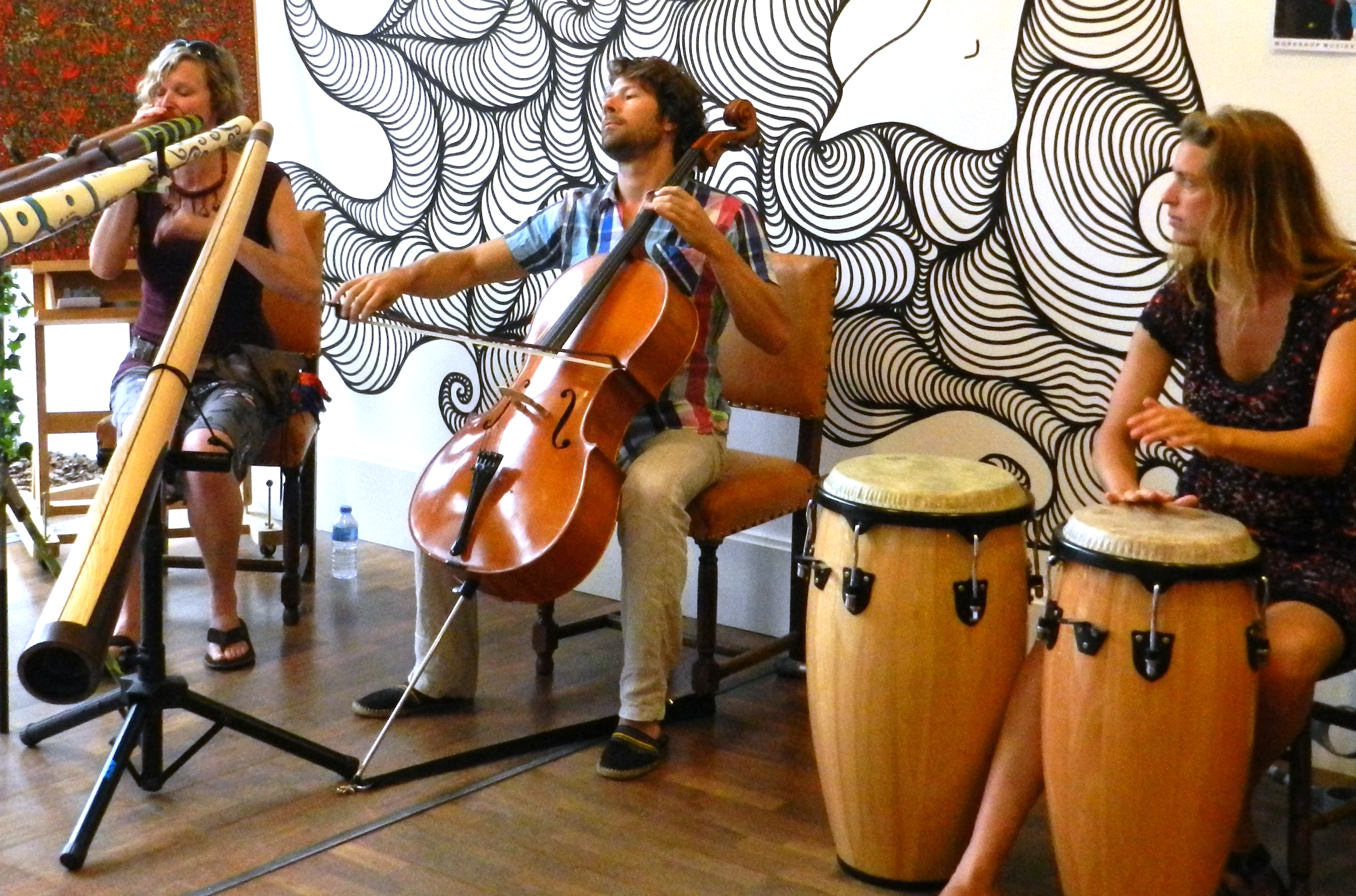 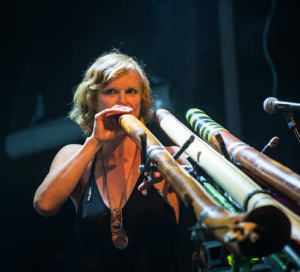 Professional didgeridoo artist and teacher, Lies Beijerinck, transforms any ordinary music session into a theatrical show filled with a fusion of unbelievable wobbling-, tongue-, tooting-, voice- and breathing sounds. Mix some melodies in the recipe and you get a complete and fascinating sound experience.Lies has been playing and performing in music festivals and theatres across Europe, Central- and South America, Australia and South Africa.Among these shows were: DJ Tiësto Concert at Gelredome, Muziekgebouw aan ‘t IJ, Wakefield Cathedral and Glastonbury.Lies has participated in master-classes in Australia with Djalu Gurruwiwi. She has been a trail blazer and has opened doors  for female didgeridoo artists across the world. Lies has been also teaching didgeridoo workshops that range from beginners to master classes.Lies travels every year to South Africa as part of the Klawer program to help educate and inspire under privileged children through music. 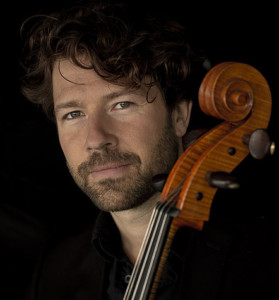 Lucas Stam (1979) is a multidimensional cellist, based in Amsterdam. His improvisations draw on Indian, minimal and classical music. Next to playing he also loves to compose; he is currently working on his third piece for string quartet. After studying classical cello at the Rotterdam Conservatory he made several tours with german rockstar Herbert Grönemeyer, released a world music album with his own compositions together with vocalist Wieke Garcia and formed part of ensemble Tango Aliado. Also he worked with electronic music composer Pieter Nooten, with whom he performed at the World Press Award ceremony 2014 at Muziekgebouw aan ‘t IJ. Together with Klaas Berings from Freshbeat Studios he regularly composes music for commercials and recorded with pianists Daan Herweg en Mike del Ferro. In 2016/2017 he started to dive into Hindustani classical music. In India he studied under Dhruba Ghosh (sarangi) and took tabla lessons from Vaibhav Kadam (tabla). In Netherlands he took lessons from Lenneke van Stalen (violin) en Heiko Dijker (tabla). Known for his meditative improvisations, he is regularly asked to perform at spiritual events. 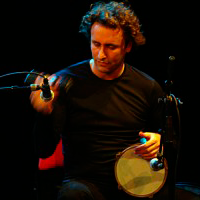 Terence plays all kinds of percussion and instruments like Daf, Pandero, Congas, Tabla, Bansuri, Hang. He is known for his warm, wonderful tight rhythmically nuanced and intuitive playing! Terence is an expert in Brazilian percussion. Terence was part of the famous didgeridoo band 3ple-D ‘with Lies Beijerinck and toured the world with it. Currently, he is playing in many places and provides percussion workshops.