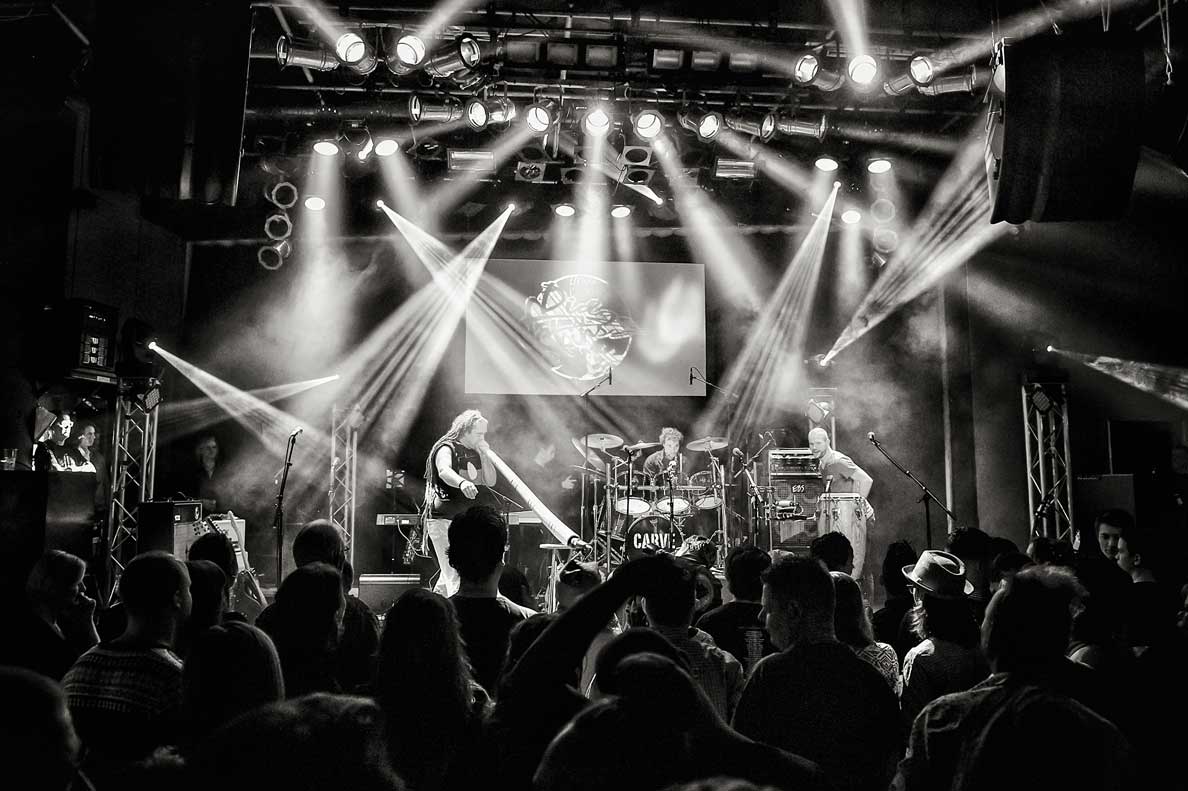 Welcome to the raving madness called Didge ‘n Skins!
Didge ‘n Skins is a project by didgeridoo player Michiel Teijgeler and percussionist Yannick van ter Beek. They work with the very skilled drummer Niek de Bruijn.
Together they are a well experienced groove machine that has only one goal and that is to get everybody dancing!
They create uplifting music that is powered by human energy and freedom of the mind!
Didge, sticks and skins are their main tools.Didge ‘n Skins is best described as an ‘organic dance experience’.
Pure improvisation, original grooves and sturdy beats are the ingredients of their up tempo dance music.

The band:
Michiel Teijgeler (a.k.a MT-Yidaki)  plays the didgeridoo since 1993 and is regarded as one of the first and most influential didgeridoo players in The Netherlands. He regularly tours with projects in the Netherlands and abroad.

All-round percussionist Yannick van ter Beek plays with different projects like Cirque Valentin and Mondji.
With NJJO he toured all major festivals in The Netherlands.

They work with three drummers: Tuur Moens, Robin van Rhijn and Niek de Bruijn. They all have an international career and play with professional bands.

Together they are a well experienced groove machine that has only one goal and that is to get everybody dancing!