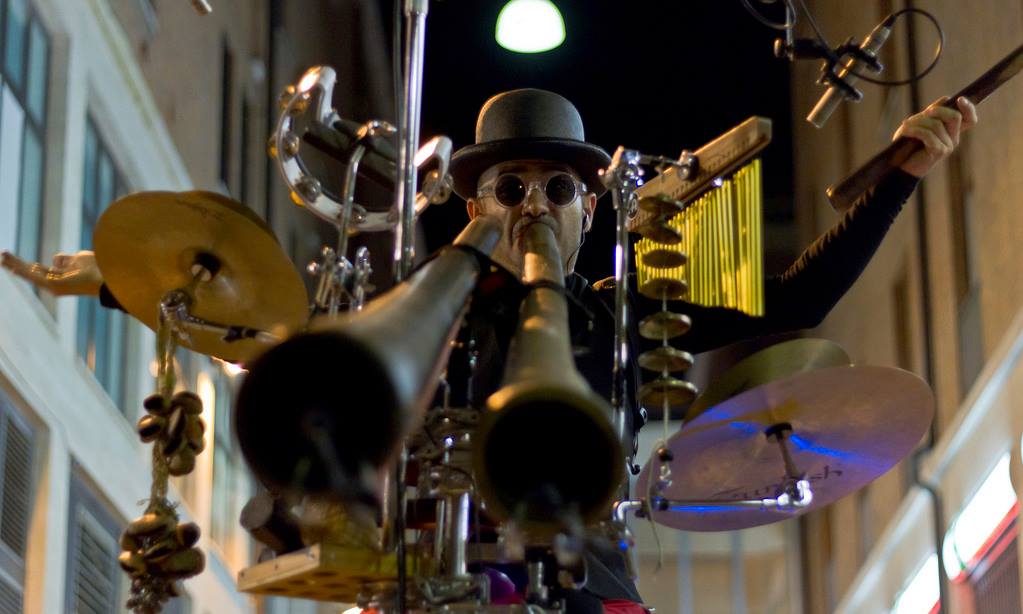 ENGLISH SoLo is a musical journey. The spacecraft used is Señor Marküsen’s multi-instrumental set, conducted by him as a one-man-soundsystem in a complex simplicity – or simple complexity. Inspired by electronic music, yet in a low-tech, all-live and real-time manner, Marküsen builds a theatrical context where his hypnotic, organic grooves make audiences worlwide dance. Marcos Andreu-Gasol is a musician and architect from Barcelona, currently based in Berlin. One of Spain’s referential didjeridu players, he has developed an informative and educational career on the instrument and on Australian Aboriginal culture, teaching, giving lectures and performing internationally since 2002. Señor Marküsen | SoLo starts as a street show in Barcelona’s Park Güell. Since 2011 it has been performed in street festivals, stage festivals and venues of up to 19 different countries in Europe and Asia.
ITALIANO
Sito internet: http://www.senormarkusen.com/