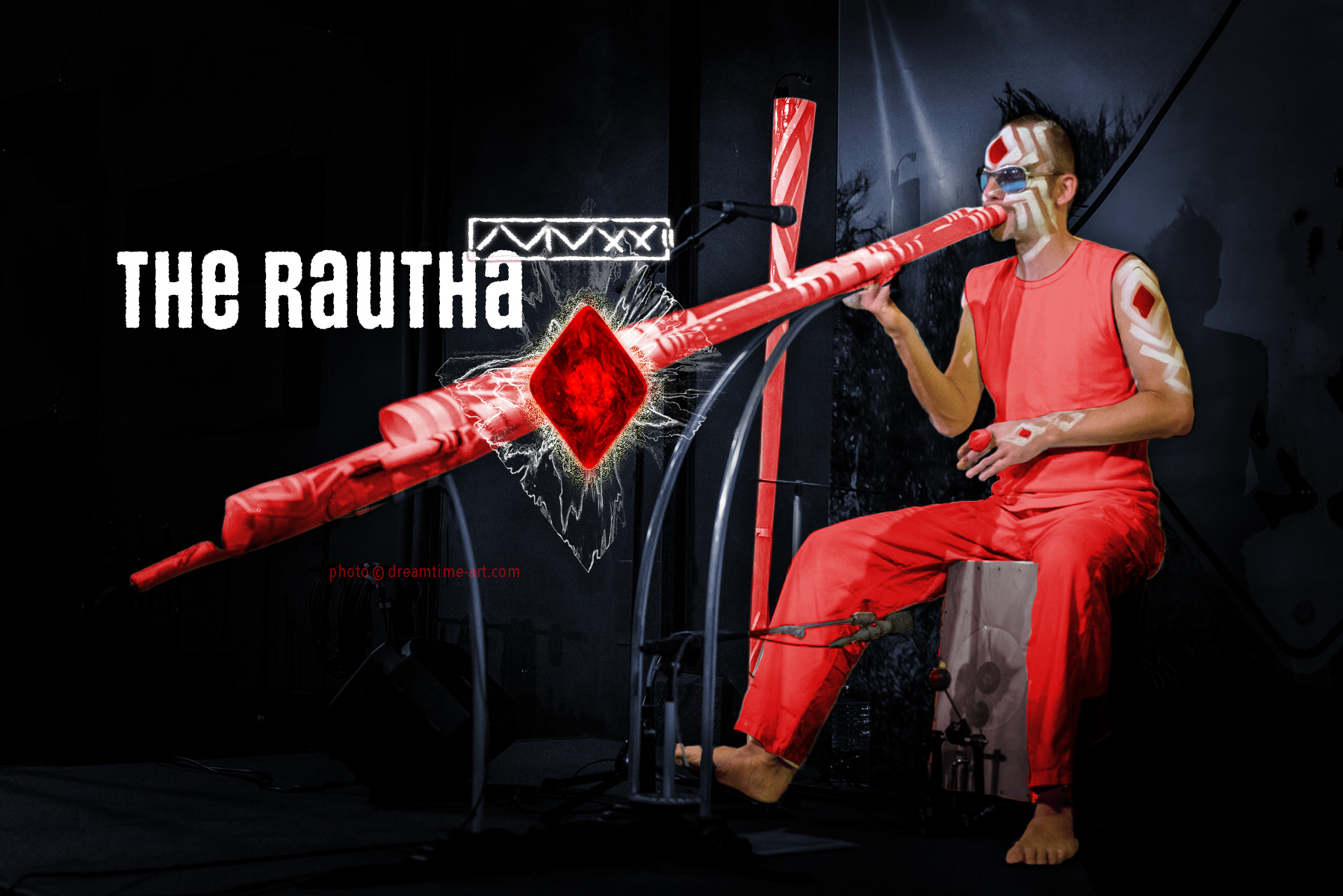 THE RAUTHA
DIDGERIDOO GROOVES FROM OUTA SPACE
Ansgar-M. Stein (currently based in Vienna), didgeridoo musician, visualizer, and ‘science nerd’, is THE RAUTHA,
the intergalactic musical life-form. On his travels through the galaxy he collects impressions of the vastness of

space and compiles them in a highly danceable life-trance set. Sometimes behind his dashboard of etherical ultra-
lightweight fibreglass didgeridoos, sometimes moving freely through the danceable space, he performs his versatile

hybrid-style on the didgeridoo, melting influences from modern western playing as well as traditional influences to
form his lively, pulsating and danceable soundscapes.
A remarkably reduced setup is styled to give the maximum of sound. The “Hyperdrive” consists of three combined
fibreglass didgeridoos with built-in microphones to cover the full range of didgeridoo-sound expression.

—
Ansgar is acclaimed for his humorous and passionate nature as well as for his rigorous evidence-based approach.
In his workshops he focusses on the potential of the didgeridoo as a lead-instrument, including often ignored
physiological and phonetic aspects.
www.projectpan.de