Didgeridoo Pranayama is a breath technique that Si Mullumby has developed to engage the therapeutic and spiritual properties of playing didgeridoo. Si has now separated the method as a distinct and stand-alone pranayama breathing practice that can be taught to anyone. This is not a ‘learn to play’ didgeridoo workshop.

The essence of the method is a short sharp inhale and a longer relaxed exhale integrated into a rhythmic cycle. Participants breath together in the group, all in the same pattern at the same time, lead by master player Si playing didgeridoo, setting the tempo and intensity of the practice. The practice engages and stimulates the parasympathetic nervous system leading to increased energy, clarity and calmness.

About Si Mullumby
Si Mullumby was inspired to play didgeridoo after a mystical experience on a beach called Aum beach in India in 1992. Si realised that the core elements of the Indian spiritual system, that he had been practicing since his teenage years, were all intrinsic to the playing of Australia’s traditional instrument, the Yidaki, commonly known as the didgeridoo. In his moment of epiphany he realised a complete system for playing didgeridoo that combined meditation on the Aum, pranayama, Indian musicality, and the ability to express any feeling or emotion with the voice through this hollow tree. And it was from his home country Australia. 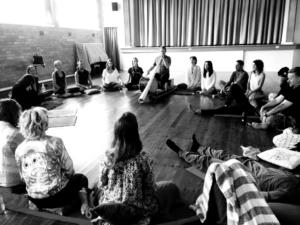 This system he now calls Didgeridoo Pranayama.
After returning to Australia in early 1993 Si cleared his old life, and started a new one, didgeridoo in hand. He withdrew from studying Medicine at the prestigious University of Western Australia where he was in the third year of his studies, and dedicated his life whole heartedly to playing didgeridoo. Si learnt to play as he hitchhiked 20 000km throughout the Australian wilderness. Much like a southern hemisphere ‘Into the Wild’ he spent long periods of time in the bush alone, practicing his breath method.

Aside from his career spanning more than twenty years, touring globally with the world’s original didgeridoo and drum band Wild Marmalade, Si has followed a parallel path pursuing his interest in chi gung, yoga and Indian spirituality. He works regularly alongside some of the world’s great modern yogis and yoginis. Si has worked with Elena Brower, Cameron Shayne, Simon Borg-Olivia, Shiva Rei and Clive Sheridan to name a few. He is a feature artist in Yoga events around the world. 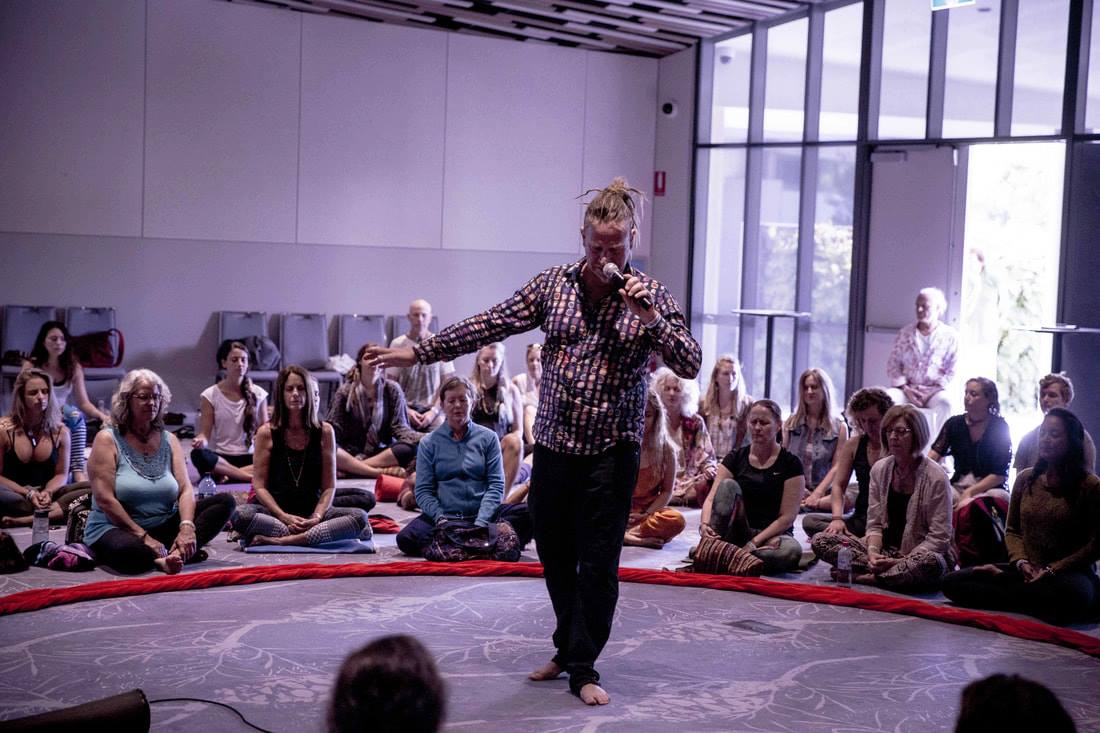