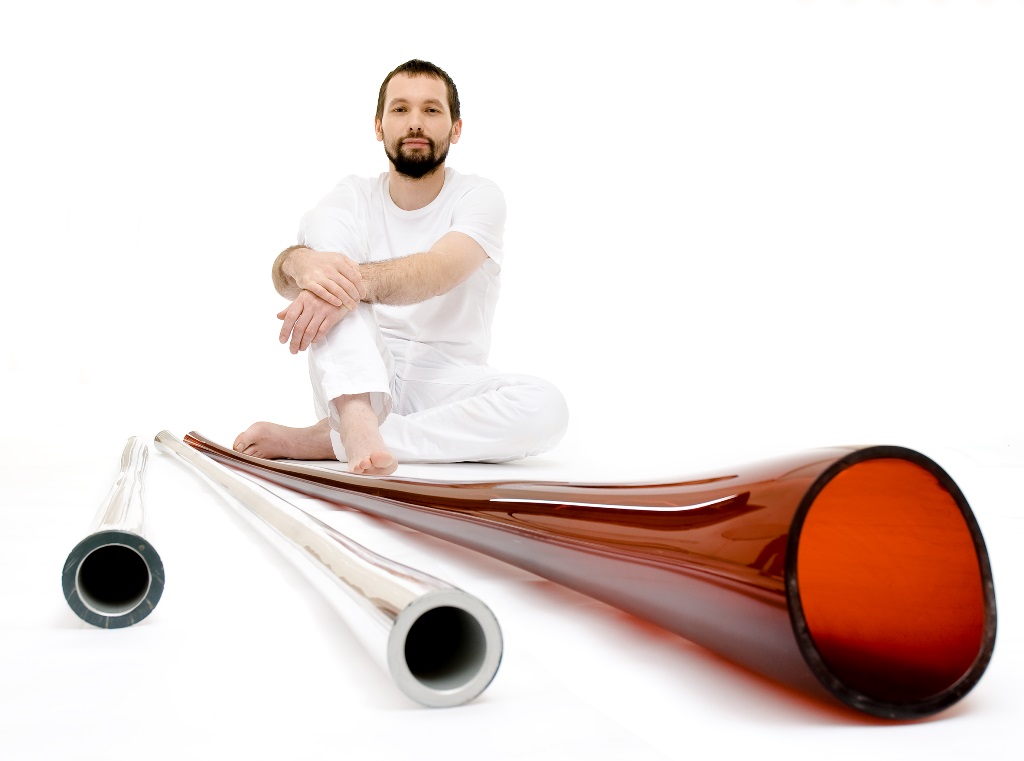 A one-man Didgeridoo orchestra is perhaps the best way of describing the extraordinary music of phenomenal Didgeridoo player Ondrej Smeykal. His highly original style of playing is the result of a life completely devoted to his instrument. For well over two decades and with ever increasing intensity, Ondrej has been developing and redefining his own unique approach to the Didgeridoo. His predominant use of unusually long Didges of up to 4 metres in length enables him to play incredibly deep tones and to produce a much wider range of sounds and overtones than are possible on regular didgeridoos. Each composition, or song, as he refers to it, is very different in style, ranging from break-beat and organic Didgeridoo techno, to trance, ambient and anything in between.

In the last years Ondrej has shared and taught his contemporary Didgeridoo style and philosophy on Didgeridoo festivals all around the world. But mainly, Ondrej records his Didgeridoo solo CDs, and performs in clubs and venues in many countries as Japan, Australia, Canada, USA, UK, France, Germany, Switzerland, Italy and Eastern Europe countries - Czech Republic, Slovakia, Poland, Hungary and Ukraine.

He played as guest with jazz musicians in project Smell of Jazz in Ukraine 2005, worked in fusions and participated on records with many great contemporary musicians in Prague as Jaz Coleman or Monkey Business.

Ondrej also participates on electronic and dance music venues, for example Creamfields 2008 which is the biggest festival of dance music in middle Europe.

With his research around electronic use of Didgeridoo he is a member of the band Autopilote (CD - IDO, EMI 2008).

Also Ondrej keeps searching for materials worth for making great instruments, he performs and makes crystal Didgeridoos, which he creates together with Czech traditional glass masters. He participates with Japanese artist Yas-kaz on sound installation - glass based instruments and music.

Apart from his Didgeridoo virtuoso, he is also a renowned artist. Ondrej finished master degree in Fine Arts at Academy of Fine Arts in Prague, AVU Praha 1997-2003.

In 2005 he was selected to display his artistic creations on behalf of Czech Republic at world Expo held in Aichi, Japan. Inspired by this event, a unique exhibition was launched called Orbis Pictus in which Ondrej Smeykal, along with numerous other renowned artists, was also actively involved. This project is being shown around the world in major cities and will tour on for 30 years in total. Already has been seen by hundreds of thousand people.